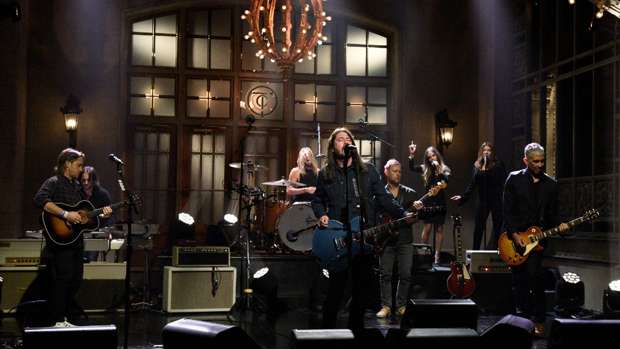 They also performed a dramatic reworking of their 2003 hit "Times Like These," which has become the unofficial anthem of 2020.

Watch Foo Fighters perform "Shame Shame" and "Times Like These" on SNL below.

"Shame Shame" is the lead single off the Foos' upcoming 10th studio album, which they officially announced following SNL. The album is called Medicine at Midnight and is slated for a February 5, 2021 release.

Though just announced, the band has been giving details about the album for months — including a rather spooky story about their recording studio being haunted. “We would open up a Pro Tools session and tracks would be missing. There were some tracks that were put on there that we didn’t put on there. But just like weird open mic noises. Nobody playing an instrument or anything like that, just an open mic recording a room,” he explained at the time.