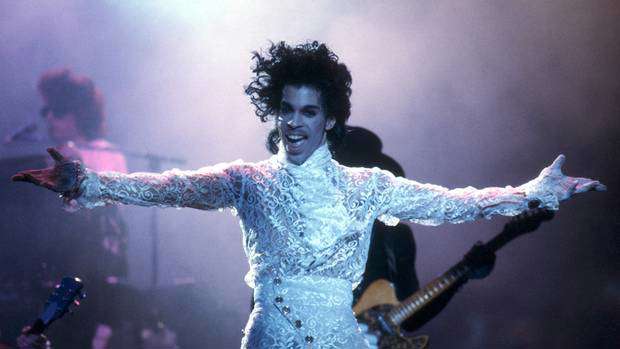 The 49-year-old singer - whose full name is Louisa Gabrielle Bobb - has spoken about the parties she used to attend that were thrown by the late music icon before his tragic death in 2016 at the age of 57, including one in which she claims she walked in on late Visage frontman Steve Strange "doing drugs" in the bathroom.

She said: "The craziest party I went to was a Prince party in Minneapolis. We walked into rooms and there were beds in there. Big bouji beds, I remember being bowled over and I remember the fabulousness.

"Then there was another Prince party in London. I went to the toilet and there was a guy in it. I remember getting really annoyed because I knew they were doing drugs in there and it turned out to be Steve Strange. I remember slagging them off saying, 'What kind of guy does that?'

"That was the craziest party. I was ­innocent because I don't smokeand I didn't start drinking until late in life."

Gabrielle - who is known for her ptosis, the drooping of one eyelid, which causes her to always cover up her eye with her hair or an accessory - hung out with Prince several times, but insists his invitations were never "flirty".

She added: "Wherever he played, the manager would reach out and say, 'Prince would love you to come over.'

"He wasn't being flirty. He was a musician who loved talking to other musicians."

The 'Out of Reach' hitmaker also touched on the late George Michael, who also passed away in 2016, as she said the music legend "died too young".

Speaking to the Sunday Mirror newspaper, she said: "You would think with all that money he could be in a happier place but you recognise that people have demons. It doesn't matter how much money or talent they have got, somehow it's not enough. It is a shame because he died too young, like Prince."