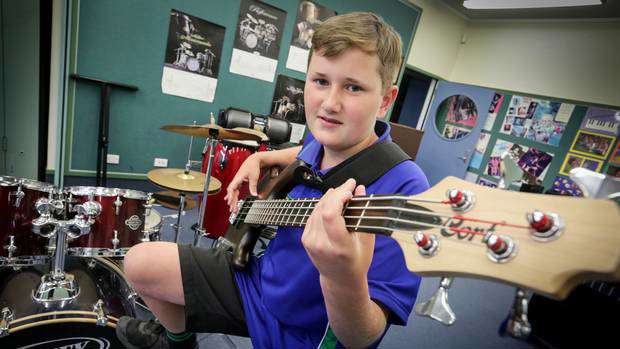 A 12-year-old Metallica fan who created a petition to bring them to the country has attracted the attention of Jacinda Ardern.

Havelock North Intermediate student William Bush launched the bid in September when the American heavy metal band announced their WorldWired tour earlier this year and New Zealand was not on the list.

Since then, the petition has garnered more than 3000 signatures.

Bush has been a fan since he can remember and has five records including their fifth and self-titled album also known as the Black Album, as well as Master of Puppets, Ride the Lightning, Death Magnetic, and their most recent 2016, Hardwired ... to Self-Destruct.

He said he was "sort of" surprised to receive the letter. "I'm pretty sure she heard about it on twitter." He said he had heard Ardern on a radio station before, and knew she was into different kinds of music.

In the letter, Jacinda says: "It's great to hear about young New Zealanders who are passionate about music. 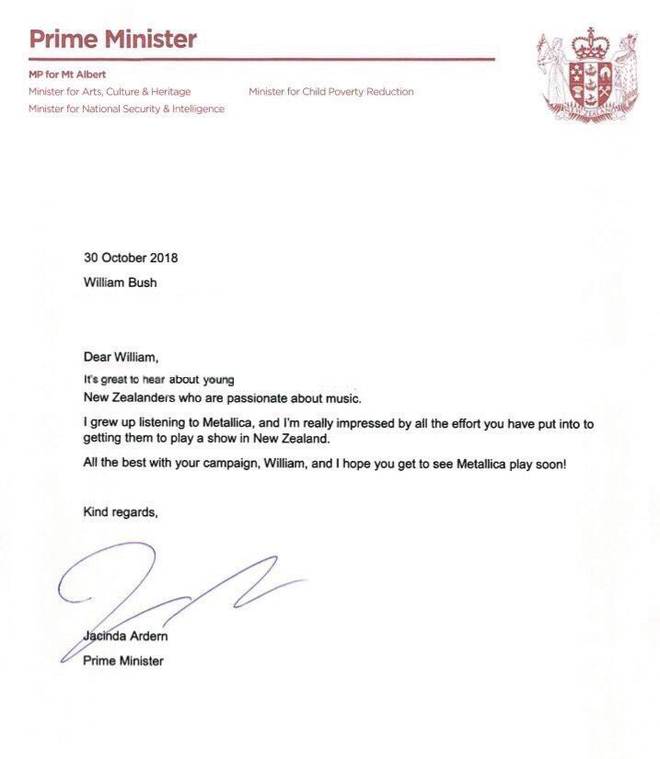 "I grew up listening to Metallica, and I'm really impressed by all the effort you have put into getting them to play a show in New Zealand. All the best with your campaign, William, and I hope you get to see Metallica play soon!".

It is not the first time a New Zealander has created a petition to bring the metal band to the country.
A 2010 petition, which received 11,000 signatures, was started by a Blenheim man after Metallica announced they would be playing in Auckland but not Christchurch.

William said he was is in contact with the man, and had emails "for management and everything".