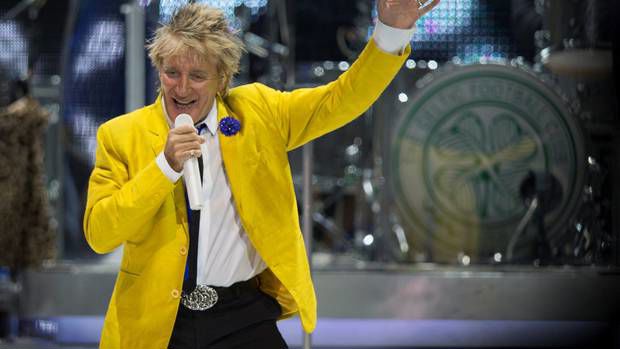 As part of Rocktober, Jeremy Wells spoke to TimeOut about his first big rock gig.

My first big rock gig was Rod Stewart at Western Springs in 1991. He was massive at the time so it was definitely the concert to be seen at as a young teenager.

How old were you?

I was 14 years old, not long into the dark and confusing world of puberty. I didn't tell my parents I was going.

The sole reason I was there was to try to get intimate with my very new girlfriend of three days. But, unfortunately, she dumped me straight after Maggie May in favour of a friend of mine in the same group we had gone to the concert with. It was a total disaster. I saw them kissing during We Are Sailing and it pretty much ruined the rest of the concert. I didn't even enjoy Rod kicking the soccer ball into the crowd at the end. I do vividly remember the very strong smell of marijuana throughout and the fact I watched my future wife disappear into the arms of a close friend.

Did it make your ears hurt?

She stole my heart and that's what really hurts.

Any rock cliches?
By the time he belted out "This old heart of mine has been broken 1000 times..." it was really resonating in my little broken teenage heart. Don't even get me started on "If you think I'm sexy". There were just too many questions around every lyric Rod belted out that day. I can't listen to him the same anymore.

How much did you rock out?
I cried more than I rocked out. I still love you, Bianca.