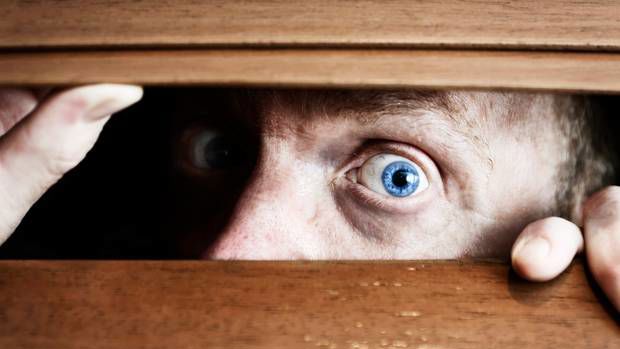 Your neighbours hate you and are trying to ruin your life (or are they?). I arrived home a few days ago to find a tree blocking my driveway. Well, part of a tree. The neighbours have been trimming around their new pool and a massive branch ended up on my side of the fence.

There are four ways to take this. 1. They didn't notice it had happened 2. They did notice and couldn't be bothered picking it up. 3. They noticed and were too scared to come and talk to me about it or 4. They placed a tree in my driveway as an act of war.

I don't know these neighbours. They enter their house from a different street. We are separated by a large fence and row of olive trees. One of which is mostly in my yard. But for some reason, I am inclined to take the appearance of this branch the forth and worst way.

Why do we do this? Why do we assign the worst motives to neighbours? Especially in New Zealand, a country full of good people. Is it instinctive territorialism, does it come from feelings of inadequacy or an assumption that we deserve to be harmed?

Alain De Botton had this advice in his life changing book The Consolations of Philosophy: "We should trust that those making a noise know nothing of us. We should place a fireguard between the noise outside and an internal sense of deserving punishment. We should not import into scenarios where they don't belong pessimistic interpretations of others' motives. Thereafter, noise will never be pleasant, but it will not have to make us furious."

So in my case just because there is a tree in my yard doesn't mean it was put there by the neighbours as an act of aggression.

Equally, if the neighbours are having a party and it's loud. They are unlikely to be doing it as a direct attack. You are not the target.

You may find it irritating that your neighbours are inconsiderate. But it's better than believing they are attacking you. De Botton is simply saying that life will be calmer if you don't add aggressive intent to half olive trees in your driveway.

Seven Sharp host Jeremy Wells doesn't agree. I asked him for his opinion on the matter. Not because he's a particular expert on inter-neighbourly relations but because he's my co-host on the Matt and Jerry Breakfast show on Hauraki and he sits two metres from me for three hours every day.

He told me, 'They are messing with you, they are calling you out, hiff the tree into their pool, if another one comes over the wall hiff it through their front door, you have to send a clear signal, you are not going to be pushed around'.

With two dichotomous yet equally well thought out opinions I needed a tie breaker.

So I took the train out to west Auckland to catch up with Bill Kerton the voice and director of the fantastic TVNZ 2 series Neighbours at War. Annoyingly he wasn't home. I should have texted first. Although I get the feeling he knew I was coming and went out
just to teach me a lesson.

In the end, this all demonstrates a sad reality. Your average New Zealander (i.e. me) will go out of their way to avoid confrontation. Instead of knocking on a door and meeting my neighbours, I've read a book, traveled to West Auckland, annoyed the host of a light
entertainment news show, whinged to 100s of thousands of listeners and written a 750-word article.

Maybe I should just grow up, man up and reach out. New Zealanders are generally good people. We don't push trees into neighbours yards on purpose. The branch isn't yelling, 'We have a pool now and we are sick of the sun being blocked by your horrific wall of out of control trees'.

It's just half a tree in a driveway. That is all. Everything is ok.