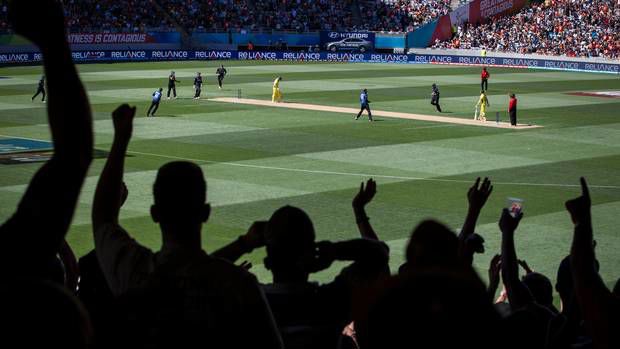 New Zealanders are generally a good-natured bunch. We like to see large groups of our fellow Kiwis having a good time. We love gathering in large numbers for events, concerts, sports and traditions.

Unfortunately, a small number of us, have no tolerance for other humans. They refuse to be inconvenienced in any way for the greater good of the crowd. Sadly this very small minority have a big say in what happens in our cities.

When making decisions about events as a city and a country, why do we listen to these people over the majority?

There are two groups with this attitude in the news at the moment. The anti-honking in the Mount Victoria tunnel faction and the anti events at Eden Park locals.

Two groups attempting to shut down mass fun because it very, very slightly inconveniences them. The technical name for these types is "fun police" and they are a malevolent force in our society.

The Mount Vic Tunnel anti-honkers have rightly been ridiculed and surely won't win. #metoot. But I'd argue the Eden Park complainers are worse. That they're doing more damage to their particular city.

I've written about this before and I'm doing it again. They mustn't be allowed to have their selfish uncompromising way with us. Robbing great experiences from the citizens of Auckland.

Auckland cricket fans should be particularly up in arms this summer. Two of the three proposed Indian games for Eden Park couldn't take place.

The scheduled finish time of 11pm exceeds Eden Park's 10.30pm curfew. So no go. Technically Eden Park could apply for resource consent. But not in the real world.

$175k is a lot to pay just to ask if you can play a game of cricket for an extra half hour at a cricket ground. Of course we all know that one local resident would definitely appeal. So there's really no way forward. Thanks, mate.

So much power in the hands of one person to scuttle two appearances by the world's best cricket team. It's out of whack with logic. A few people being vaguely inconvenienced vs tens of thousands of rate-paying Aucklanders missing out. We elect councils to stand
up to for us not to roll over because it's too hard.

Let's not forget there's been cricket at the stadium for nearly 120 years. No one alive today moved into the area before Eden Park existed. Ridiculous.

It's not just these two cricket matches you're losing either.

In the past year, Auckland has missed out on concerts by Bon Jovi, Phil Collins, Billy Joel and Eminem. Events like Monster Trucks and Royal Edinburgh Military Tattoo. Fans have every reason to be angry. They have been taken from you.

Then there's the effect on our national stadium itself. Not being allowed to operate to its commercial potential. A cost that we all may have to wear. Simply put. We built the place. We should get to use it for the stuff we like.

Hate him or love him (as I do), Phil Collins would've been playing at Eden Park on Waitangi Day. An estimated $25 million lost from our local economy. Maybe people should mark the occasion by blasting In the Air Tonight on their car stereos around parts of the hood?

As for Auckland let's stop listening to the whining few. Our stadium is for us, we just did a reno, it's a great place, it's surrounded by great establishments, we don't need another. Let's use the one we've got.

In the meantime head along to the Black Caps/White Ferns Double Header v India on Feb 8. Amazingly we're actually allowed that one. See you there.