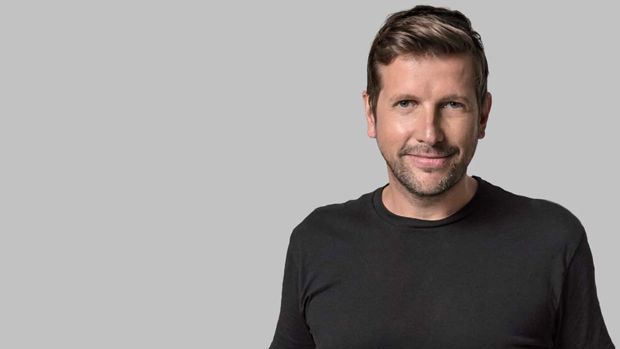 Reckons everyone should get into it, even your 2-year-old kid.

She's written a book, Swearing is Good for You: The Amazing Science of Bad Language.

Apparently, swearing makes us stronger and better able to bear pain in times of need. Less likely to resort to violence and helped bring our ancestors together socially. So if swearing is so great, why the f wouldn't we get our kids into it?

I don't swear in front of my kids. I've been trying to work out exactly why. Like most New Zealanders I swear everywhere else.

I blame my dad.

He didn't swear in front of me till I moved out of home. First day back to help on the farm he dropped three waratahs on his foot and yelled so loud it echoed all the way up to the pines out back of the top paddock. Seventeen years of not swearing because he thought that was the right thing to do.

That's some serious self-control. I have a lot of respect for that.

No one wants their kids swearing at teachers. That's trouble no one needs. To stop this Dr Byrne suggests we explain the words and why not to use them. But surely you can cover that off by simply saying "don't swear at the teacher or I'll smash the PS4".

My youngest son knows he's not allowed to swear. But he's smart so he uses "foob". He's always saying to his brother "what the foob?", or "foob me". He can almost get away with it too because foob isn't a swear.

However, if he ever said "foob you Dad", hell would descend upon him because bad language is really about intent. Having said that, "f*** you dad" would get him in much more trouble than "foob you Dad". Which just shows how confusing this topic is.

Whatever your wishes, your kids will start swearing. Probably younger than you did. As chaos theory mathematician Dr Ian Malcolm might say "swears will find a way". Which is why Dr Byrne argues completely restricting swearing isn't good for your children. She says, "If we don't talk about swearing with our kids and they learn swearing from their classmates on the playground, they're not going to have a sense of how swearing affects people's feelings."

Personally, I think they'll work things out pretty quickly. Same as the rest of their social interactions. We don't need to hold their hands through every little thing.

As a parent, I'm not sure why we need to focus on swear words anyway? I'd argue that pointed comments cut deeper. The psychological stuff.

Take The Silence of the Lambs.

Multiple Miggs, who is incarcerated next to Hannibal Lecter, made a disgusting comment to Clarice. A comment involving Green party co-leader Marama Davidson's favourite word. The one she wants to spend her time reclaiming. Now there's a lady who hasn't signed up to the not swearing around kids thing.

Anyway, Clarice handled the C because she was tough. But Hannibal thought what Miggs said (and threw) was disrespectful. So he whispered to him all night long. Made him question his actions and very existence. Heightened his guilt and grief.

Eventually, Miggs cut his own tongue off and swallowed it. Choked himself to death.

The point is, Miggs used swear words to little effect. Whereas Lecter's pointed barbs were deadly. There's a truth to this even if it is just a movie. A great movie.

Maybe we should explain to our kids how to use swear words properly as Dr Byrne suggests. Tell them what they mean from a young age. It might save them embarrassment. But if we make swearing all cool and normal, surely the value these words bring in terms of strength, pain, stress relief, humour and shock in adulthood will disappear. Surely the normalising of swears is the end of them. So I'm going to do what my dad did, wait until my boys are 17 then blast them with a really good loud swear.

Until then I'm happy to leave swearducation to their playgrounds, mates and workplaces. It worked out great for me.