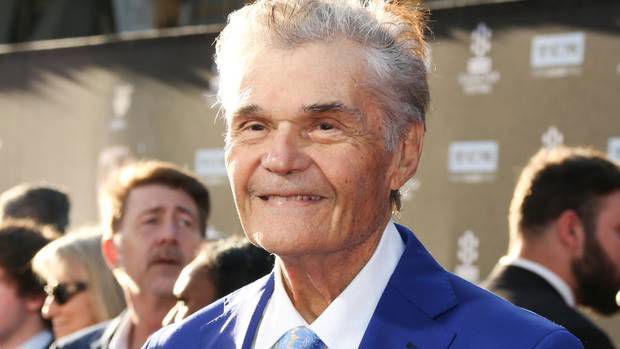 Fred Willard, the iconic actor and comedian passed away on Friday (15.05.20) from natural causes, his representative Glenn Schwartz has confirmed.

And in a statement, his daughter Hope Mulbarger said: “My father passed away very peacefully last night at the fantastic age of 86 years old. He kept moving, working and making us happy until the very end. We loved him so very much! We will miss him forever.”

In his own tribute, Willard’s rep wrote: “A four-time Emmy nominee radiated a unique charm that established him as one of our generation’s most gifted comic actors. A master of sketch comedy, Fred was most heralded for his quick wit and improvisational expertise, which he demonstrated in hundreds of appearances on stage, on the big screen, and on a wide range of television shows.”

News of Willard’s passing comes two years after his wife of 40 years, Mary, died in 2018.
Following the sad news, celebrities have shared their condolences, including Jamie Lee Curtis - whose husband Christopher Guest was Willard’s longtime director - who was the first to post on social media about his death.

She tweeted: “How lucky that we all got to enjoy Fred Willard’s gifts. He is with his missed Mary now. Thanks for the deep belly laughs Mr. Willard.”
Willard was best known for starring in comedies including ‘Best in Show’, ‘For Your Consideration’, and ‘This Is Spinal Tap’.

He also held a role in ‘Modern Family’ for 13 episodes, where he played Frank Dunphy, the father of Phil Dunphy (Ty Burrell), and grandfather of the three Dunphy children, played by Sarah Hyland, Ariel Winter, and Nolan Gould.

The ‘Modern Family’ twitter account mourned Willard’s death in a tweet which read: “It was an honor having the legendary Fred Willard be a part of our #ModernFamily. Thank you for all the laughs. We will miss you and we love you. (sic)”

And Eric Stonestreet, who played Cameron Tucker on the show, wrote: “It was a privilege to have the great Fred Willard know my name. Rest In Peace Fred. You were funny in your bones. (sic)”