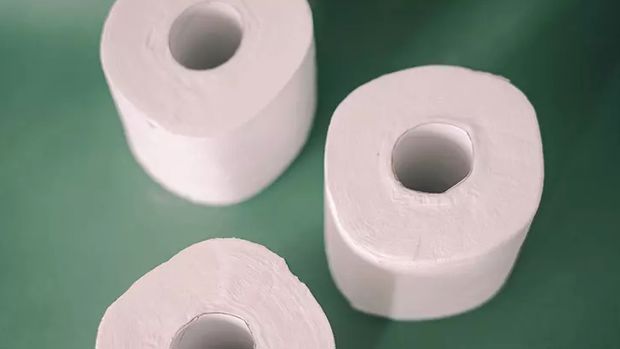 If you've made a trip to the grocery store lately, you may have noticed people stocking up on toilet paper thanks to fears over the spreading novel coronavirus, known as COVID-19. With so many people stocking up on the bathroom necessity, shortages have been reported at stores all around the world - including in Australia where one women accidentally stocked up on 12-years worth of toilet paper in one order.

Haidee Janetzki, of Toowoomba, Australia says she usually orders 48 rolls every three months for her family. However, after the family switched to a new online delivery service, she accidentally ordered 2,304 rolls of toilet paper from Who Gives a Crap, according to a report from the Australian Broadcasting Co.

Haidee says she accidentally clicked the option to order 48 boxes of the company's toilet paper, which comes in 48 rolls and had no idea she'd made the mega-purchase until two pallets of toilet paper showed up at her door.

"On a Monday there was a knock at the door at it was the courier," Haidee told the outlet. "He said, 'I've got two pallets of toilet paper for you.'

"We checked the credit card statement to try to figure out what'd gone wrong and turned out I'd ordered 48 boxes, so it was legitimately my mistake."

Haidee said she'd paid off her credit card and hadn't checked her statement lately and had been unaware of how much she'd spent on the toilet paper.

Haidee made the order in February, a few weeks before the coronavirus outbreak made it to Australia. In a hilarious video posted to her husband, Chris Janetzk's Facebook page, the couple showed off their massive toilet paper haul.

So the Jokes on you Australia. While you were all out there scrambling for toilet paper, all through the supermarkets, knifing each other, getting into fights, and carrying on. We are flying high. We are sitting pretty. We are loaded with toilet paper.

In fact, we think we are royalty now," Chris said, before panning over to show his wife in a paper crown sitting on the 48-boxes wearing a yellow paper crown and waving.

"Australia suffer!" Chris says with a grin. "We have all the toilet paper."

Australia going through a toilet paper shortage, similar to what Americans are seeing in stores across the country following panic-buying induced by the nascent coronavirus outbreak. Several stores in Australia have limited the amount of toilet paper customers can buy, with manufacturers ramping up production to meet the panic-induced demand.

"I couldn't believe that people have been mass-buying toilet paper like that. I still don't understand why they're doing it," Chris Janetzki said.