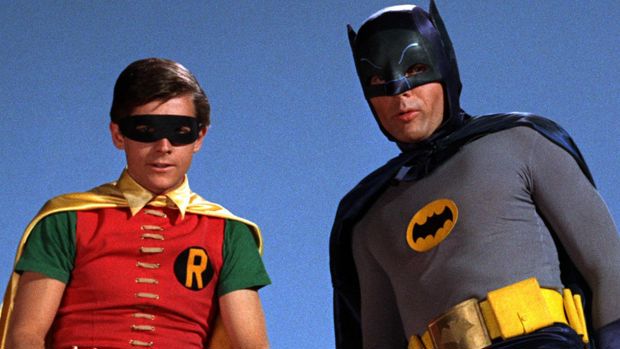 The actor who played Batman's sidekick Robin in the classic 1960's TV series has revealed that he was told to take dramatic measures to change his body after his appearance fell foul of the powerful conservative lobby.

Burt Ward, who played the Boy Wonder between 1966-68, told the New York Post's Page Six column that when the show became popular he soon attracted the attention of the Catholic League of Decency, who were affronted by the size of the bulge in his shorts.

The skin-tight costumes worn by Ward and his Batman co-star Adam West left little to the imagination and were quite a departure in what was a very conservative era.

"They thought that Robin had a very large bulge for television," Ward told Page Six, who also revealed that his look was all-natural, even if West needed a little more help below his utility belt.

"With Adam they put Turkish towels in his undershorts," he said.

The studio were so concerned by the response that they sent Ward to a doctor who prescribed medication to shrink his penis.

Although the star started taking the medicine, he quickly stopped fearing the effect they could have on his fertility.

"I took them for three days and then I decided that they can probably keep me from having children," he said. "I stopped doing that and I just used my cape to cover it."

Since his narrow escape, Burt Ward has shied away from the spotlight, choosing to spend his time running a dog rescue charity.

"My wife and I run the largest giant dog rescue charity in the world," Ward told Page Six.