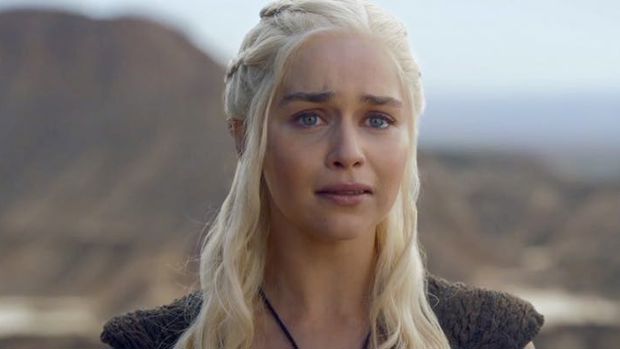 Emilia Clarke was actually "flattered" by some fans' negative reaction to the ending of 'Game of Thrones'.

The 33-year-old actress played Daenerys Targaryen from Season One in the HBO fantasy series until the end this year and although 1.7 million viewers signed a petition demanding a rewrite of the finale, Emilia thinks those moans shows the passion fans have for the programme.

In an interview on UK TV show 'This Morning', Emilia said: "On every level, it's just profoundly flattering that people genuinely cared that much and that they were with us for that long. I don't read too much online because it's not good for my brain but people are largely being very kind about Daenerys and it is lovely."

Emilia also believes that it is impossible to write an ending that satisfies everybody, especially with a show as popular as 'Game of Thrones' - which is based on George R. R. Martin's 'A Song of Ice and Fire' book series.

She said: "I don't think there's an ending that will please everyone, no matter how many times you do it or how many people sign petitions, but it's flattering."

Emilia also told hosts Phillip Schofield and Holly Willoughby that it feels "weird" that 'Game of Thrones' has come to an end as it was almost a decade of her life.

She said: "It feels really strange. It continues to feel strange. I was hanging out with some friends from the cast the other day and we were going 'still weird'. It's been a while but it's still weird."

Emilia can currently be seen in new festive film 'Last Christmas', a a rom-com that has been written by Emma Thompson and Greg Wise and features the music of the late George Michael. Her co-star in the film is 'Crazy Rich Asians' actor Henry Golding.

She admits that she could relate to her character, Kate, who has suffered from a life-threatening illness because she has suffered two brain haemorrhages herself.

Emilia said: "I've had two brain haemorrhages, there was a huge amount that I could relate to with what Kate was going through."