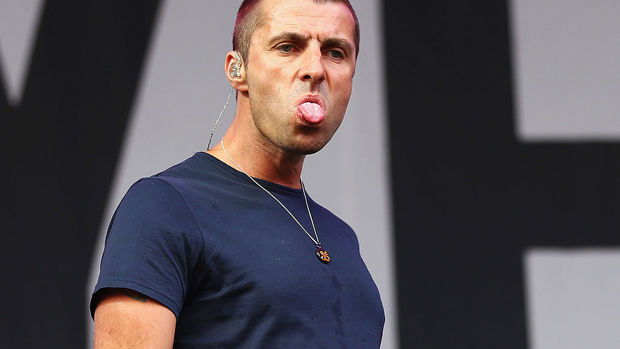 Liam Gallagher believes that the knife crime epidemic in London could be solved if teenagers took magic mushrooms.

The 'Shockwave' singer says the spiralling number of stabbings in the UK capital, where he and his children live, is "f***ing scary" and he thinks that young people need to put down the blades and pick some of the hallucinogenic fungi in order to open their minds.

Speaking to website The Fader, the former Oasis hitmaker said: "There wasn't much going on when we were growing up but we weren't going around with machetes and throwing acid in people's faces.

"We had f**k all, and I think this generation's got a lot more than we had. So I'm not buying that there's nothing to do.

"There's a field out there - go play football and take some magic mushrooms."

Liam - who has just released his new album 'Why Me? Why Not.' - also stated that if he were to ever become Prime Minister then he would legalise all drugs because so many people want to take them despite the fact it is a criminal act to have them.

He said: "I'd legalise them because they are shocking these days. Improve the quality and make some money."

Liam, 47, and his estranged older brother Noel, 52, shot to fame during the 1990s when Oasis dominated the charts with their rock anthems and he is happy that so many teenagers are now embracing that decade, even though they sometimes don't get the fashion right.

Comparing the fascination with the 90s with Oasis' passion for the 1960s, he said: "We looked at it through rose-tinted glasses, and that’s what they’re doing, romanticising things.

"You see some if it and you think, 'You’re getting it wrong there.' It’s all good though. When you look at the state of the world and you see walls being built in America you can’t be getting upset about someone wearing the wrong trainers with their Sergio Tacchini tracksuit."