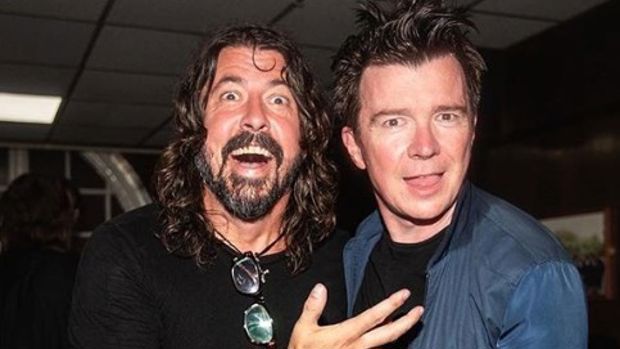 The rock'n'roll and pop worlds collided over the weekend with The Foo Fighters' Dave Grohl performing together with Rick Astley in London.

The pair made a surprise appearance at the launch of Club NME, at Hackney's Moth Club in East End on Saturday (NZT).

Fans were treated to a rendition of Astley's 1987 hit Never Gonna Give You Up, with the singer starting off on drums and Grohl starting the track on guitar and vocals.

Me: What would a duet between Dave Grohl and Rick Astley look like?